This week’s Trackdown focuses on the quiet Singing Hills neighborhood of Oak Cliff, where Anthony Moss was confronted, robbed, and then killed while walking home.

DALLAS - This week’s Trackdown focuses on the quiet Singing Hills neighborhood of Oak Cliff, where Anthony Moss was confronted, robbed, and then killed while walking home.

FOX4 won't show the cold-blooded killing, in respect of the family of the victim.

In the video, it's clear Moss at least recognized the two suspects, who appear to be in their late teens to early 20s.

He easily approached them and spoke to them before his life was taken.

Det. Chaney hopes someone will give him the names, even street names, of the heartless killers who were caught on tape, but still at-large

The Singing Hills neighborhood opened in 1957.

On Jan. 2, the second murder of the year happened in Dallas, at 8:45 p.m., at the corner of Singing Hills and Concerto.

The crime was caught on video, but it’s too horrifically graphic to show.

Video shows the two suspects hanging out at the corner, when Moss approached and spoke to them.

A short time later, the two suspects pull out guns and shoot Moss several times, before robbing him. 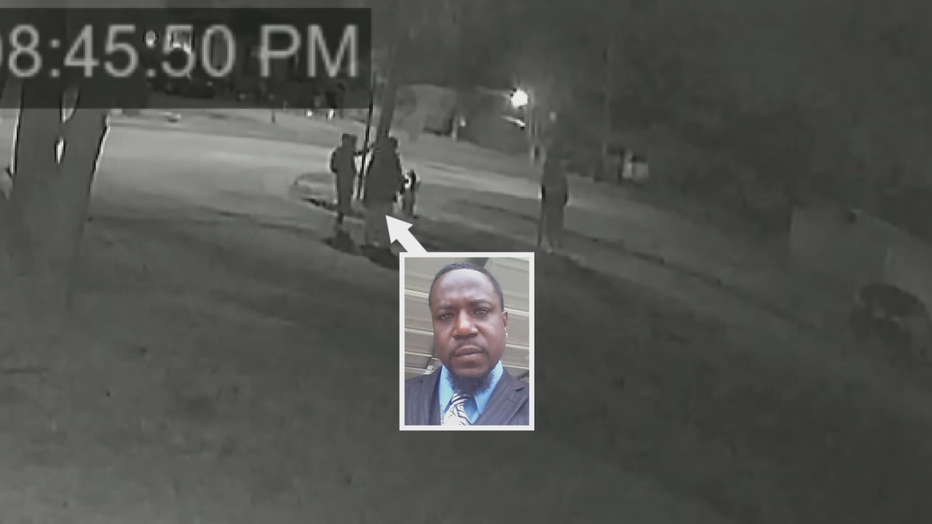 “The second gentleman with him, you can see him approach Mr. Moss’ body and take some object, his property, with him, and they both fled towards Silvery Moon,” Chaney added. “Some of the troublemakers that are in this neighborhood are known to hang out on Silvery Moon. So by them running in that direction, I believe that also identified that it could be this particular group that the neighborhood knows is causing problems.”

There is video from a home surveillance, and it’s some ways off, but Det. Chaney feels like somebody in Singing Hills knows them.

“You can’t even walk the street in your own neighborhood without being confronted, robbed, and killed,” Chaney added. “I’m hoping by exposing, showing this video, they can look at this video and they can get back with me with the information I need to start the clean-up.”

Can you help Det. Chaney start the clean-up of Singing Hills by getting the two suspects off the streets?