Presidential declaration may be denied for Dallas County after tornado outbreak

FOX 4 News has learned that victims of the Oct. 20 tornado outbreak might be denied a presidential disaster declaration.

DALLAS - FOX 4 News has learned that victims of the Oct. 20 tornado outbreak might be denied a presidential disaster declaration.

The city of Dallas and Dallas County have been counting on that declaration from FEMA to trigger millions of dollars in federal public assistance.

Even though the city of Dallas alone has calculated damages that are well above the threshold needed to trigger a presidential disaster declaration, FEMA is only counting $30 million of the estimated expenses. That is $8.4 million short.

The EF-3 tornado on Oct. 20 changed the landscape of North Dallas. But right now, FEMA officials don't think the damage is adding up to the $38.4 million threshold to trigger a presidential disaster declaration.

Dallas County Judge Clay Jenkins has been leading the charge for federal public disaster assistance. The county's application is for infrastructure and cleanup costs for everything from government buildings to stoplights. It includes estimated damages from Dallas, Garland, Richardson, and Dallas ISD. 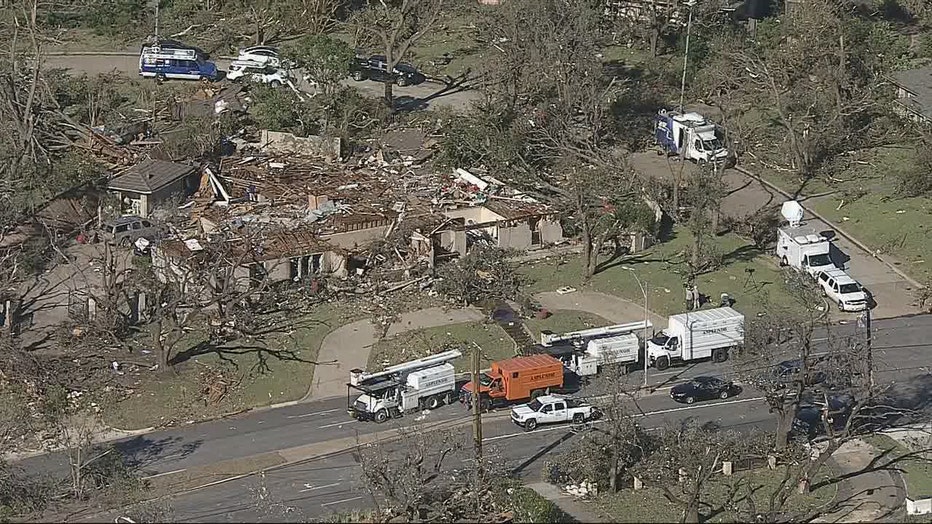 The city's emergency reserve fund is only budgeted for $35 million this year.

Judge Jenkins says the threshold that Dallas County must meet is very high because of the state's size, but that puts an unfair burden on the metroplex.

“Our local taxpayers will bare 100 percent of the burden unless we meet our federal threshold,” Jenkins said.

Jenkins says FEMA is refusing to include $9 million in damage that occurred the same night in McAllen, Texas.

“The state's meteorologist said it's all a one storm system,” Jenkins said. “The National Weather Service has said it's two storm systems that happened to hit at the same time.”

In Dallas, some of the most extreme damage is to three Dallas ISD schools.

Dallas ISD Superintendent Michael Hinojosa says most of the expenses will be covered by insurance, but the district's deductible is $2 million. That figure could increase depending on what insurance pays for.

“We hope the federal government steps up at this time,” Hinojosa said.

“It’s the way it should be dealt with,” Jenkins said. “We need our fair share of the federal money.”

Mayor Eric Johnson says the city continues to work with FEMA to provide documentation they've requested.  He says they remain hopeful that the city will receive federal assistance.