Southlake police are trying to find those responsible for spray painting profanity and racial slurs on the Carroll High School campus over the weekend.

SOUTHLAKE, Texas - Southlake police are trying to find those responsible for spray painting profanity and racial slurs on the Carroll High School campus over the weekend.

The school district confirmed graffiti was found on two buses, maintenance equipment, a scoreboard and on support facilities at the high school.

It reportedly contained inappropriate language and images as well as the N-word.

Carroll ISD canceled Monday night’s school board meeting and released a statement in response saying, “Carroll ISD is extremely disappointed that anyone would destroy district property or participate in vandalism using such inappropriate language or images.” 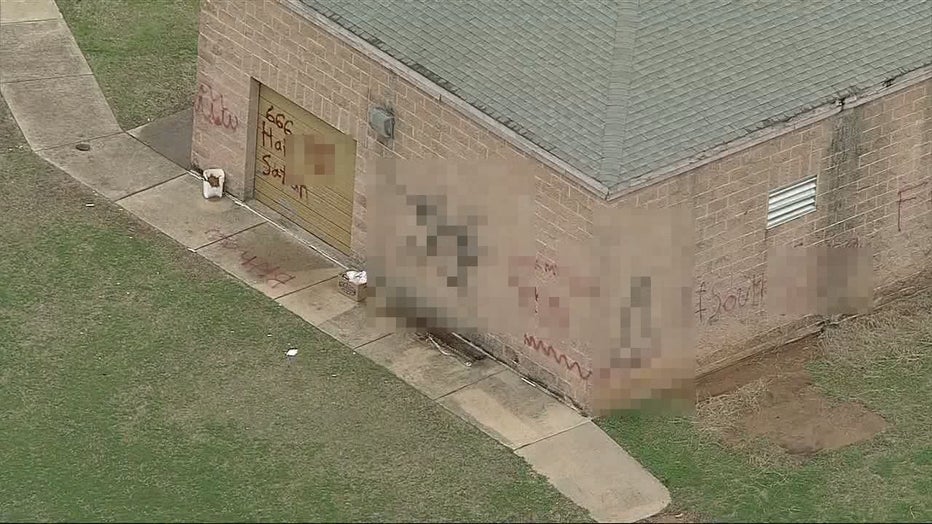 Ironically, more than 60 students, staff and community members on the District Diversity Council were set to present the findings of a district-wide survey on culture and diversity at Monday night’s canceled meeting. The diversity council was established a year ago in response to another scandal involving Carroll students and racial slurs.

FOX 4 has chosen not to air the video from October 2018 of high school students singing the n-word.

Over the past year, the diversity council has been meeting monthly to help the district draft a cultural competence action plan that will incorporate diversity training into the curriculum.

“Particularly, if a school or school district is really trying to educate people and enlighten people. And then to see such a regress, it’s really sad,” Talbot said. “It hurts me as someone who grew up in this area to know that that’s still kind of ingrained in who we are as a city, I guess."

Monday’s school board meeting is now scheduled as a special meeting on Jan. 17. The district declined further comment as police are investigating.